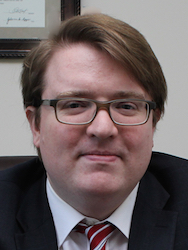 Tim's practice includes all aspects of civil litigation, including personal injury and commercial/business lawsuits. Tim has experience litigating a variety of cases in Pennsylvania state and federal courts. Recent successes include

As a result of his successes, Tim has been named to the Pennsylvania Super Lawyers Rising Star list. This distinction is given to lawyers under 40 and to no more than 2.5% of lawyers in the state.

When Tim is not practicing law, he likes to listen to music, spend time with his family, and study the Korean language. In addition, he serves on the board of directors of the Cheltenham Center for the Arts.