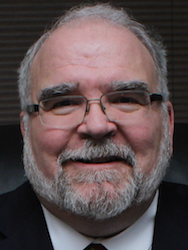 Rated “Superb” by Avvo.com and selected annually as a Super Lawyer since 2008, Terry is an experienced workers’ compensation, social security, and employee disability benefit lawyer, Terry has handled cases throughout Pennsylvania. A leader in the field of injury and disability law, he routinely gives presentations and teaches other lawyers, injured workers, insurance professionals and medical professionals about these constantly changing areas of law. Terry has helped thousands of clients with workers’ compensation, social security (SSDI and SSI), and disability insurance claims.

Terry is a 1986 graduate of Villanova Law School. While studying at Villanova, he was selected to the Moot Court Board. As a Moot Court Board member, he helped run the school’s oral argument competition and argued in national competition. He was the member of a team that reached the semi–finals at the John Marshall School of Law International Privacy Law Moot Court Competition.

Terry was a member of the Saint Rose of Lima choir for over 15 years. He earned A’s in judged vocal & choral competitions in high school and was invited to sing in the New York State All–State Chorus. He served as the President of Lower Gwynedd Little League for three years and coached youth soccer, basketball and baseball. He is an active member of the Ancient Order of Hibernians (AOH), an organization that promotes his Irish heritage.. He serves as the Chairman of Standing Committee of the AOH Montgomery County Board (a position that makes use of his legal skills) and is a member of the Isle of Erin Major Degree Team, responsible for leading the team in presenting the formal membership ceremonies of the AOH. He is the father of two, step-father of four and the fourth child in a large Irish Catholic family of 6. Terry enjoys regular family gatherings with his raucous “crew” and particularly enjoys cooking the traditional holiday meals served at those gatherings.
Education