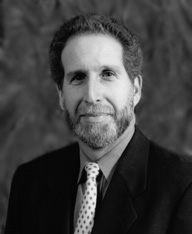 Mark began his law practice in Philadelphia and has been practicing law in Montgomery County since 1981, focusing his practice in 3 areas: general business representation (including business formation and sales and acquisition of businesses), real estate matters (including sales, purchases and leasing of residential and commercial Properties) and estate planning and administration. He represents numerous businesses in the five county area. Mark has lectured on the need to do estate planning regardless of what stage in life one might be in and has assisted families with special needs family members. He is admitted to practice before the Pennsylvania Supreme Court and the United States District Court for the Eastern District of Pennsylvania. He is also a member of the Pennsylvania and Montgomery Bar Associations.

A former director of the Ambler area Y.M.C.A., Mark was also long time Board Member of the Board of Interfaith of Ambler (now Family Promise Montco PA), a non-profit organization that provides and assists homeless families in locating temporary and transitional shelter, and served as its President. In 2019, Mark was awarded the Ed Morgenson Inter-faith Volunteer of the Year award. Mark was appointed a Judicial Hearing Officer for the Montgomery County Mortgage Foreclosure Reconciliation Program to assist those who find themselves in a foreclosure situation to remain in their homes.

The father of three, Mark and his wife have been long-time residents of Upper Dublin, Montgomery County.