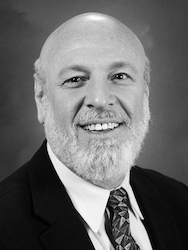 Ken Milner is Special Counsel to Warren McGraw & Knowles LLC. Ken concentrates his practice in the fields of business, corporate, real estate and franchise law, and also assists clients and their businesses with their long range planning.

While General Counsel of the world’s second largest transmission franchise, Ken practiced throughout the United States and Canada. During that time, he was also an advisor to the office of the Consumer Advocate of Dade County, Florida, and the Better Business Bureau of the State of Maryland. Ken was appointed the first Chair of the Franchise Law Committee of the Montgomery Bar Association, and served as Chair or Co-Chair of that Committee for twenty-five years.

From 1984 through 1995, Ken was an instructor of business, real estate and franchise law at The Institute for Paralegal Training in Philadelphia. His articles on the relationship between franchising and real estate leases have been published in Focus Magazine and The Philadelphia Business Journal, and he continues to appear on various television programs, webcasts and webinars to discuss business, real estate and franchise matters. He is a frequent guest on “Money Matters,” a regional cable television (and now internet) program.

Ken is best known in the Pennsylvania Bar Association for his work as Chair and Section Delegate of the PBA Solo & Small Firm Section. In 2017, Ken received the PBA Solo & Small Firm Award, as the practitioner who has raised public confidence in the abilities and professionalism of solo and small firm attorneys in Pennsylvania. Ken has served the PBA in other capacities, and was a President’s Award recipient in 2013 and 2015.

Ken’s practice is augmented by his commitment to community service: He chaired the American Heart Association's "Cardiac Arrest" fundraiser in Eastern Montgomery County. He served as Co-Chair of the Diversity Task Force of the Upper Dublin School System. Ken is General Counsel to the Montgomery County Literacy Network and the Special Education Advisory Council of Upper Dublin. In 2017, in recognition of his commitment to community service, Ken received the Montgomery Bar Association’s Henry Stuckert Miller Public Service Award.