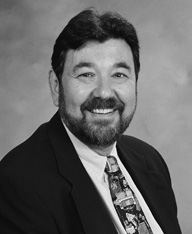 David is admitted to practice before the Pennsylvania Supreme Court, the United States District Courts for the Eastern and Middle Districts of Pennsylvania and the United States Court of Appeals for the Third Circuit. He practices regularly in courts through-out the five-county Philadelphia area, and he has appeared in arbitrations and courts in multiple jurisdictions. He is a member of the Pennsylvania and Montgomery Bar Associations and the Montgomery- American Inn of Court, an organization dedicated to improving professionalism among lawyers and judges.

David is an honors graduate of Penn State University and graduated from the University of Pennsylvania Law School. Following his graduation from law school, David worked at Community Legal Services, Philadelphia’s legal services program for the poor, in the field of labor law and civil rights. After leaving legal services, he was appointed Chief Regional Civil Rights Attorney for the United States Department of Education. Since 1981, David has been practicing law in Montgomery County, Pennsylvania. Before becoming associated with Warren, McGraw & Knowles, he was a founding member of the Kraut Harris law firm. He is the co-author of the three volume treatise, West’s Civil Procedure, Forms and Commentary.

Active in community affairs, David is a former President of the Germantown Jewish Centre, and he serves as counsel to the largest consumer cooperative in the Philadelphia area. David and his wife have three adult children and four grandchildren.

Click here to read about some of David's cases.